Top Seven Universities in Bangladesh that produce the best scholars

Find the best flat for sale in Dhaka with BestBari, a leading real estate company in Bangladesh.

There are many reasons as to why one would seek to pursue a higher education in Bangladesh. Since separating from Pakistan in 1971, the country has progressed into a leader of textiles, manufacturing, pharmaceuticals, agriculture, chemical production, and ICT industries. These world class industries have only grown explosively since then ever supported by a continuous output of top tier graduates from Bangladesh’s finest educational institutions.

Bangladeshi scholars have had a large impact on the evolution of its rich south Asian culture. Furthermore, the country itself is inspired by its neighbours in Nepal and India which is evidenced by its cuisine, art, language, and festivals. Similarly, it’s education system is a successful model of development amongst both the developing and non-developing countries. Enrolment into tertiary education programs such as colleges/universities, Madrasa or Islamic education and vocational trade schools has doubled over the past decade to 20.57% which has led to increased competitiveness amongst students.

This increased competition has resulted in Bangladesh’s colleges and universities producing some of the world’s best engineers, scientist, ICT professionals, mathematicians and thus paved the way for next stage of transformation for Bangladesh and its economy. This article brought to you by BestBari will cover the top Five universities that will produce the next generation of Bangladesh’s’ business and thought leaders and continue to power the new economy today.

The university is referred to as the “Oxford of the East” and has continuously produced the nations best artist, political thinkers, business leaders, engineers, and philosophers. The university had contributed significantly to Bangladesh modern history. After separating from India, it became the became the principal point of democratic and progressive movement in Pakistan. Its teachers and students played a pivotal role in the growth of nationalism and subsequent independence of the country in in 1971.

This university has always been considered as the topmost educational ground and still is. The liberation war and language movement have deep roots with Dhaka University and its alumni and all other university’s attempt to role model this pillar of an institute

The university is considered to produce the best artist and philosophers

This is one of Bangladesh’s oldest and most advanced public technology research university specialising in engineering, urban planning, and architecture. The history of the place dates back to 1876 when the Dhaka Survey School was originally founded and subsequently in 1947 became an engineering college and achieved its independent status in 1962. It has since then contributed significantly to nation building since its creation by providing Bangladesh with unrivalled services all the way to keystone infrastructure projects.

BUET offers extremely high-quality education and research through its 18 department from five faculties including planning and architecture, civil, electrical, and mechanical engineering. A supreme academic environment, cutting edge research facilities and a diverse and vibrant campus life makes BUET the leading choice for future architect’s engineers and graduates have a long history of extraordinary success globally with its alumni serving as thought and global leaders in all their respective fields

BUET is known for producing the nations best egineers

Jahangirnagar University is a renowned all public universities situated in Savar. It carries the title of the only full residential university in the country where there are dorms built for each of its enrolled students. The university is located on the west end of the Asian highway and is nearly 32km away from Dhaka. This remoteness permits the unique opportunity to have a sprawling campus which is nearly over nearly 698 acres (2.8km²). The campus is adorned by farmland and manmade wetlands that make ideal habitats for migratory birds that flock every year in the thousands for winter.

In recent years, the Jahangirnagar University has ranked consistently in third place amongst the national public rankings. The campus is the fourth largest in size and was founded humbly in 1970 with just 150 students each taking up physics, geography, economics, statistics, and maths and has since grown to over 17,000+ students of the finest magnitude considering the campus’s 10% intake. Equality at this University is unrivalled with 50% of the intake being reserved for females. This enhances the nations position as progressive Muslim nation proud of its equity towards both genders as other universities seek to role model this initiative.

The University of Chittagong is a public university spread over 1754 acres of mountainous terrain in the Fatehpur Union. Its 22km of Chittagong and it one of the largest campuses in Bangladesh by sheer size. It is surrounded by green hills and a small stream divides the campus into two. The university opened its doors in 1966 and has approximately 27,500 students.

The University of Chittagong specialises and excels in a multitude of disciplines spanning from science, humanities, law, technology, chemistry, physics, genetically engineering and biochemistry. Notably the campus is the only one in the country that has a dedicated faculty of law. Only 130 students enter the yearly intake which ensures that year after year they produce some of the best lawyers specialising in clinical legal subjects and have the extra benefit of having a curriculum that permits them to partake in subjects within the coveted legal practices scope.

Nestled between the mountains, the campus incorporates a strong biodiversity aspect

The University of Rajshahi is a public co-ed research university located near the city of Rajshahi on a 753-acre campus make in the second largest campus in terms of area as well as being the second oldest campus in Bangladesh. It is considered as one of the top research universities and is credited to bringing back the medieval fibre known as muslin. The University of Rajshahi has a diverse alumni base both domestically and abroad which results in it having a ‘home away from home’ type feel. There are also many green areas dotted around the university housing rare trees and plants. This and the universities inclination towards sports has seen this university informally known as the ‘Cambridge of the East’.

To date, the campus houses 11 buildings five for business studies, arts and social sciences, two for agricultural studies and four for natural and applied sciences producing high quality cohorts from varied disciplines. Note that the university played a pivotal role during the turbulent 60’s where Bangladesh descended into a liberation war. Many students and staff played a critical role in modern politics and it’s these same alumni that help to continue shape the nation for the better today.

North South University (NSU) has the title of Bangladesh’s first private university and was founded by the Foundation for Promotion of Education and research which was a non-commercial, charitable, and non-political organisation. This group was comprised of prominent patrons of education, philanthropists, experienced academics, industrialist, and senior civil servants. Together they had the shared vision to create a world class university that would be the pinnacle of excellence in higher education and as a result, NSU was born out of this noble dream.

NSU is modelled on the traditional US university structure both physically and academically. It adopts their academic traits such as credit hours, letter grades, semester systems and an open learning culture. Crucially, its business school is first in the country to receive the American accreditation from the ACBSP which occurred back in 2015.

BRAC University was founded in 2001 with three departments and only 80 students and has since grown sustainably to 11,200 offering additional programs consisting of architecture, computer science and engineering, economics, social sciences, electrical engineering, English, humanities, maths, pharmacy, and business administration. The successful educational model has resulted in the construction of an additional 13 story building and a medical school in Dhaka village that will occupy 56 acres of land.

In addition to having an innovative campus’s structure, BRAC University follows a liberal arts approach to learning which aims to nurture fresh idea and gives momentum to this field of higher education. This university is truly modern with its approach, and this is evident by the high-quality education output to meet the needs of these contemporary times.  BRAC’s was born out of the ethos to solve Bangladesh’s biggest problems inhouse and instils in its alumni a drive to work towards national progress and domestic development.

We hope you have found this article insightful about the top seven universities in Bangladesh that will produce the best scholars, If you enjoyed this guide please visit our News and Articles page, including our Suburb Guides.

On behalf of BestBari we wish you the best of luck with your purchasing your dream house for sale in Dhaka. BestBari is a leading real estate company in Bangladesh. 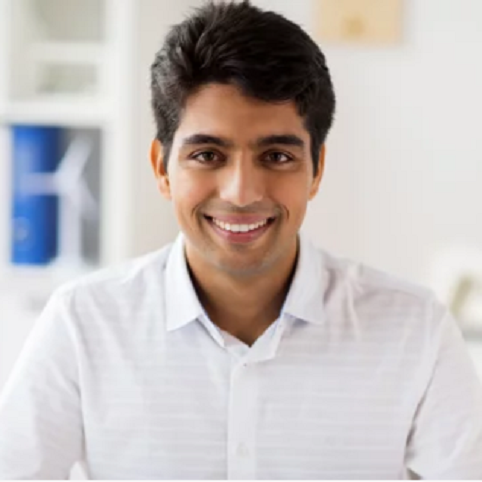 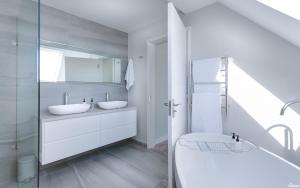 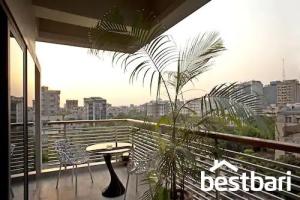 Find your dream flat for sale in Dhaka with BestBari, a leading BD property online marketplace. Welcome to BestBari’s guide to the top Kitchen Design Ideas