Most Affordable Suburbs for Flat Sales in Dhaka

Aerial view of the beautiful and green Dhaka, the capital city of Bangladesh.

Welcome to BestBari’s Guide to the Five Most Affordable Suburbs for Flat Sales in Dhaka.In our previous article, The Buyer’s Guide to Guide to Flat Sales in Dhaka, we mentioned that Dhaka has become one of the fast-growing cities in South Asia and the prices and demand for flat sales in Dhaka are soaring given the city’s significant population growth and increase in the rising level of income.

As a result, the rapid growth and surge in Dhaka flat price has have had it more challenging for new home buyers to enter the Dhaka real estate market. However, there are still some pockets of growth in well placed locations for flat sales in Dhaka, which are still relatively affordable. In this guide, the BestBari team presents several good-quality and value suburbs, that are reasonably priced for potential home buyers to consider researching their perfect Dhaka flat sale.

Bird’s eye view of the busy city of Rampura at dusk.

Starting the list at number five, we have the vibrant region of Rampura. Originally the home of Bangladesh Television, Rampura an administrative unit of Dhaka. Despite the Rampura’s densely populated area, there is still plenty of vibrancy with many markets, shops and streets with crowds of energetic people.

Rampura is also well connected to other parts of Dhaka and public transport is widely accessible Rampura borders Gulshan, Badda and Motijheel. Rampura is a good choice to get started in the property ladder for those thinking about their first investment property in Dhaka due to Rampura’s affordable flat prices in Dhaka.

Vibrant lights of Mohakhali at dusk.

Coming in fourth place is none other than Mohakhali, Mohakhali is full of energy and vibrancy and also a central hub of commercial activity. The region has has become one of Dhaka’s most sought-after suburbs.

Mohakhali hosts a diverse range of people and has access to essential medical and educational centres as well as shopping malls and restaurants. For example, Mohakhali includes some of Dhaka’s most prestigious universities such as Brac University and International Standard University (ISU). It is also the home to the largest bus terminal in Dhaka, making public transportation convenient for locals to get by.

If you enjoy the hustle and bustle of city life, you will like the third suburb on the list, which is Motijheel, considered as Dhaka’s very own metropolis. Motijheel has the largest central business district and commercial hub in Dhaka and arguably the largest in Bangladesh. In Motijheel, you can find all different types of businesses from sectors ranging from financial services to news and media.

Motijheel is home to some the highest buildings in the country as well as the Dhaka Stock Exchange and the iconic Shapla in Shapla Square, the central location where Dhaka’s major roads converge. Although it’s not necessarily the perfect place to raise a young family, Motijheel it is an ideal location for young executives working in corporate or finance and enjoy the fast-moving city life in the country’s most famous commercial hub and central business district.

Mirpur’s footbridge connects the four regions of Mirpur together.

For the runner’s up we have the one and only, Mirpur district. Mirpur is one of the busiest and most popular locations in Dhaka and known for its diversity and tourist sites, such as the Sher-e-Bangla National Cricket Stadium, Bangladesh National Zoo and National Botanical Gardens of Bangladesh.

Mirpur’s infrastructure and property development is booming, and the region has become very busy destination with plenty of businesses, restaurants and access to public transport. Many start-ups in Dhaka are even popping up in Mirpur due to the relative low-cost of rent and connectivity to the rest of Dhaka. Even though there is an abundance of businesses and residential properties in Mirpur, Dhaka flat prices in Mirpur are reasonably priced and attainable.

The roads of Uttara, one of the best planned cities and a desirable suburb to live in Dhaka.

The winner of our list for the best value suburb in Dhaka goes to our most beloved Uttara. Uttara is by far one of the best planned cities and a desirable suburb to live in Dhaka. In Uttara you can find Dhaka flats sales ranging from luxury apartments to standard flats.

Uttara hosts some of Dhaka’s top-notch educational and healthcare institutions in Dhaka. There are also many offices, shopping malls and restaurants in the commercial zones. Parks and playgrounds are plentiful in region, which is why Uttara is ideal for middle to upper-middle class families who want to be away from the hustle and bustle of other the busier parts of Dhaka city.

The BestBari team could not mention all of the affordable suburbs for Dhaka flat sales in this guide and the honourable mention goes to the suburb of Badda. Formed in 1998, Badda is one of Dhaka’s fastest growing suburbs. The good news for Dhaka property buyers is that Badda remains relatively affordable for Dhaka flat sales but the prices are rising due to the sheer demand in the area.

If you enjoyed reading this guide, you may like to read our high-quality suburb guides in order to research and compare, which suburb in Dhaka best suits your needs and budget. On behalf of BestBari we wish you the best of luck with your purchasing your dream flat for sale in Dhaka.

We hope you found the Five Most Affordable Suburbs for Flat Sales, valuable and useful. If you enjoyed this guide please visit our News and Articles page, including our article on Tips for saving for a flat for sale in Dhaka.

On behalf of BestBari we wish you the best of luck with your purchasing your dream flat sale in Dhaka. BestBari is a leading BD Property online marketplace of Bangladesh. 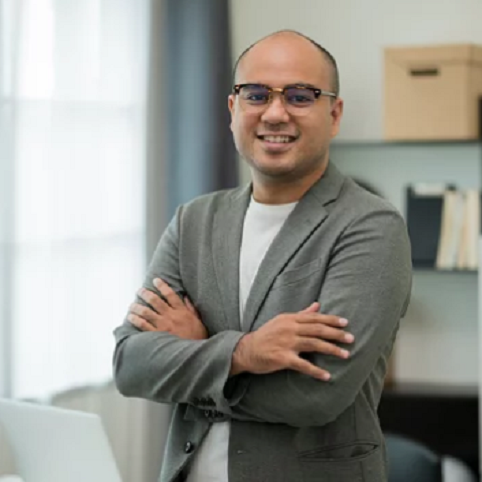 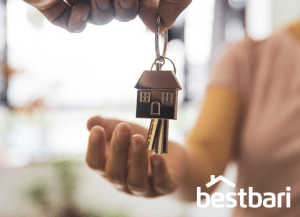 Finding a Trusted Broker for Your Flat Sale in Dhaka

Find the best flats for sale in Dhaka with BestBari, a leading BD property online marketplace in Bangladesh. Dhaka, the capital city of Bangladesh, is consistently

Investing in Commercial Property and Residential Flat Sales in Dhaka

Find the best commercial properties and flat sales in Dhaka with BestBari, a leading BD property online marketplace in Bangladesh. Done correctly, investing in a commercial 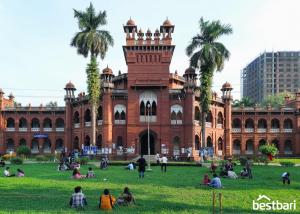 Top Five Universities in Bangladesh that Produce the Best Scholars

Find the best flat sales in Dhaka with BestBari, a leading real BD Property online marketplace of Bangladesh. There are many reasons as to why one